US Should Move Military Bases Closer to the Kremlin – General 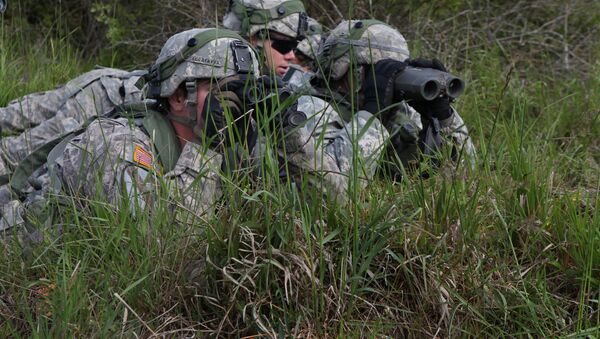 Fox News military analyst Gen. Jack Keane believes that economic sanctions and NATO drills close to the Russian border are not enough to ensure European security, and so the US should move its air and ground bases further into Eastern Europe.

For the United States, There's No Business Like War Business
Instead of undermining the Kremlin’s authority, the sanctions are actually boosting it, the General said. Russia has responded to the joint exercises in the Baltics, where the Pentagon is sending thousands of its soldiers, by holding its own war games involving 38,000 servicemen, 110 aircraft and more than 50 surface ships and submarines.

All of the West's measures are not enough to clearly demonstrate that Europe is firmly secured on the east. We need to act more decisively, General Keane added.

"I think we’ve got to recognize that the security issues in Europe are no longer in Central Europe where our forces were post-WW2.  The fact is they’re in Eastern Europe,  so we should realign our bases not on a temporary basis but on a permanent basis, put the air bases and the ground bases further into eastern Europe, move them out of Central Germany where they currently are… That'll cost some expense, but it's absolutely worth it in terms of letting Putin know clearly that those countries, those Baltic countries… matter to us, they are a part of NATO and we're not going to accept any challenge to them," Keane said.

"This would send a really loud signal to them that clearly the security situation in Europe has changed, it’s recognition of those changes, it’s a recognition of the intimidation and the threatening situation that is clearly  developing,” General Keane emphasized.