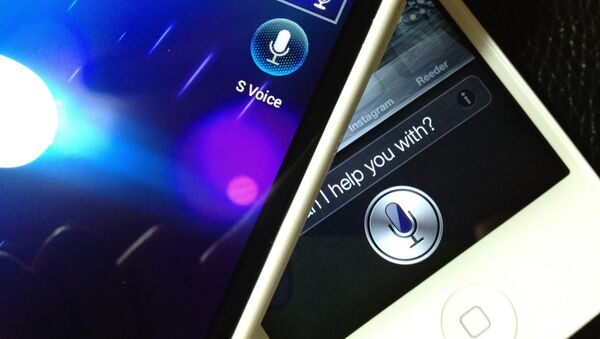 Commands spoken to voice recognition programs Siri and Cortana are being recorded and then sent to strangers to help improve those programs' accuracy, according to claims made by an insider on the social news site Reddit.

In a post entitled "Everything you've ever said to Siri/Cortana has been recorded…and I get to listen to it," user Fallenmyst claims to be one of those workers listening to all our commands — from banal inquiries to steamy sexting — and then evaluating how well the program interpreted those requests.

"Guys, I'm telling you, if you've said it to your phone, it's been recorded…and there's a damn good chance a 3rd party is going to hear it," Fallenmyst wrote. "I heard everything from kiddos asking innocent things like 'Siri, do you like me?' to some guy asking Galaxy to lick his butthole. I wish I was kidding."

Of course, warnings about the recording of voice commands are included in the iOS terms of service for Siri, those long agreements that no one reads and everyone simply clicks through to “accept.”

"By using Siri or Dictation, you agree and consent to Apple's and its subsidiaries' and agents' transmission, collection, maintenance, processing, and use of this information, including your voice input and User Data, to provide and improve Siri, Dictation, and dictation functionality in other Apple products and services," the terms read.

The recordings are not made in real time and they are anonymized — Fallenmyst attests in her posts that she never knows anything about who the people are she listens to —  but it is nonetheless renewing privacy concerns among users.

In fact, Apple explained in the past that the voice commands are recorded and stored for up to 18 months, and completely dissociated from your particular phone after six, the Motley Fool reports. Even when the recordings do initially carry some connection to an individual phone, the terms of service also explain that the data is encrypted.

"To help them recognize your pronunciation and provide better responses, certain User Data such as your name, contacts, and songs in your music library is sent to Apple servers using encrypted protocols. That said, Siri and Dictation do not associate this information with your Apple ID, but rather with your device through a random identifier."

Essentially, all that data is used to help the voice recognition program "learn" to recognize how you speak and to better interpret human voices in all their variety. And part of that "learning" means having its work graded by a real live human. And it looks like it probably has a ways to go yet.