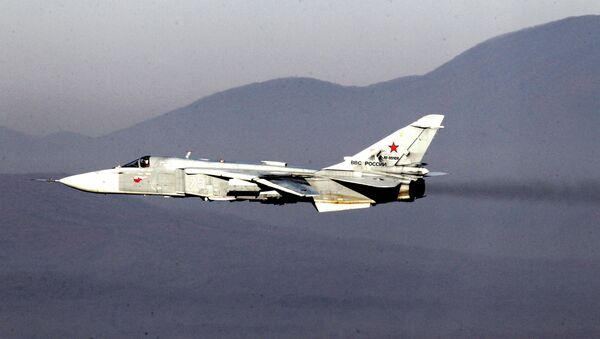 The week-long air-missile strike-response drills over the Barents Sea were launched Thursday, February 26.

The exercises came on the heels of Russian Defense Minister Sergei Shoigu's remarks, in which he mentioned the possibility of using military means to protect Russian national interests in the Arctic region.

A considerable majority of the Barents Sea, located on the outskirts of the Arctic Ocean, lies off Russia's northern shore, with some areas located off the coast of Norway.

Its strategic importance was outlined in Russian President Vladimir Putin's revised military doctrine, which, in December 2014, listed the Arctic region as one of Russia's main peacetime national interest priorities.

The loss of ice in the Arctic due to global warming has opened new shipping routes and enabled expanded fossil fuel exploration.