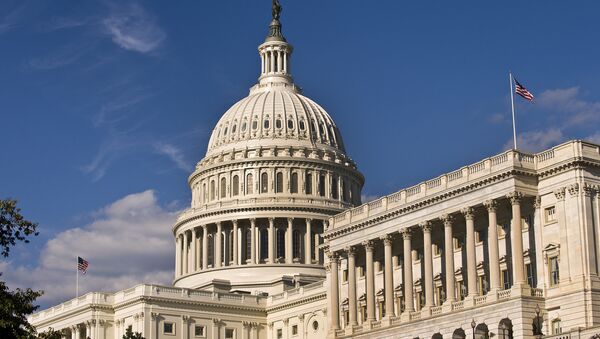 US Senator Richard Burr said the US House of Representatives will most likely take three weeks to make up its mind about funding the US Department of Homeland Security.

Final Vote on ‘Clean’ DHS Funding Bill on Sunday – US Senator
WASHINGTON (Sputnik) — The US House of Representatives may take three weeks to come to an agreement on fully funding the US Department of Homeland Security (DHS), US Senator Richard Burr told Sputnik on Friday.

“I think they’ll come up with a path forward that is successful and I do not think it will take three weeks to get there, but maybe it does,” Burr said of a proposed stopgap funding bill the House will consider on Friday afternoon to provide three weeks of funding to the DHS.

Burr, the Republican chairman of the US Senate Intelligence Committee, believes the Republican leadership in the House “will find a resolution to this at some point,” and he is hopeful that it can be done quickly.

DHS Funding Depends on House Speaker Permission to Vote – White House
The Senate voted late Friday morning to fully fund the DHS through the 2015 fiscal year. The House will vote on a stopgap measure on Friday afternoon that will provide funding for the agency for three weeks.

The House bill would prevent a lapse in funding for the agency, but would continue the standoff between Republicans and Democrats on a fully-funded DHS spending bill.

Funding for DHS was held up after Republicans in the House and Senate introduced an amendment to the bill to defund US President Barack Obama’s executive action on immigration. The final bill passed by the Senate does not contain language barring funding to the executive action.