US Federal Communications Commission to Vote on Regulating Internet 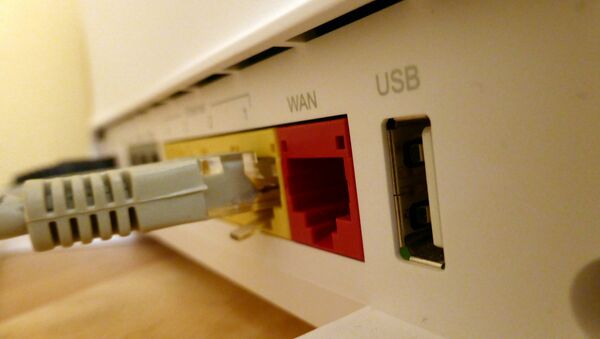 © Flickr / Sean MacEntee
Subscribe
The US Federal Communications Commission is expected to vote on Thursday to regulate the Internet like a public utility as proponents argue the move will create an open Internet, while opponents say will lead to over-regulation and inefficiencies.

WASHINGTON (Sputnik) — US President Barack Obama’s proposal on net neutrality, or open Internet, will prohibit internet service providers from blocking access to legal content, applications, or services, speeding up or slowing down access to content — known as throttling — and from prioritizing certain sites in exchange for payment.

For the first time, FCC rules would apply to mobile broadband Internet.

The new regulation would also reclassify broadband Internet as a telecommunications service, a designation that gives the FCC authority to regulate the Internet like a public utility, and requires companies to provide Internet services to everyone at uniform rates.

Net neutrality has gained broad support from large Internet companies like Twitter, Netflix, Reddit, Apple and Google. In a letter to the FCC this month, more than one hundred start-ups and small technology companies threw the support behind net neutrality regulations.

FCC Commissioner Criticizes Obama for Misrepresenting Internet Regulation
“The threat of Internet Service Providers abusing their gatekeeper power to impose tolls and discriminate against competitive companies is the real threat to our future,” the letter said. “A vibrant Internet economy depends on an open playing field in which small, innovative entrepreneurs can compete with incumbents on the quality of their services, not on the size of their checkbook or their roster of lobbyists.”

But major broadband providers such as AT&T, Comcast, Cox and Verizon have opposed the FCC’s proposal on the grounds the government communications body could over-regulate Internet service providers. They also argue regulating the Internet will impose additional costs, hurt profitability and stifle new investment.

The FCC, led by five commissioners — three Democrats and two Republicans — is expected to pass the net neutrality proposal.

US Congressional Republicans and two of the FCC commissioners, Ajit Pai and Michael O’Rielly, have requested the FCC to postpone the vote for a proper public review. The 332-page proposal has not been made public and opened to public comment, Pai and O’Rielly said in a statement earlier in February.

According to a recent poll by Hart Research Associates, 79 percent of Americans said the exact wording and details of the net neutrality proposal should be made public before the FCC votes on it. A previous version of the proposal received more than four million public comments.

Pai has been a sharp critic of Obama’s proposal to regulate the internet, arguing it amounts to a government power grab that will lead to inefficiencies and additional costs.

“President Obama’s plan to regulate the Internet is an unlawful power grab,” Pai said in a statement this month. “The plan explicitly opens the door to billions of dollars in new taxes… The plan contains a host of new regulations that will reduce investment in broadband networks. That means slower Internet speeds.”