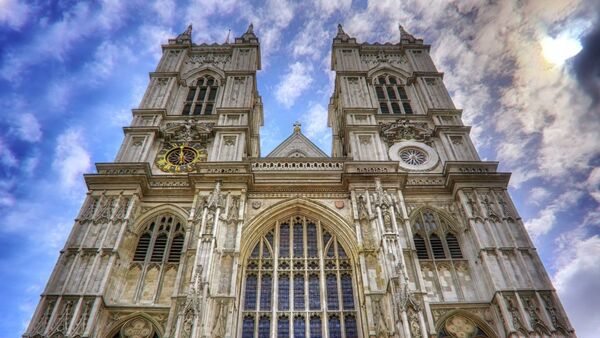 © Flickr / Jim Nix
Subscribe
International
India
Africa
Lord Alan Watson, Baron of Richmond, a member of the House of Lords Select Committee on the European Union, does not envisage either East or West 'losing' in Russia, but rather that Russia benefits from both.

Tweetplomacy: US Rep in Ukraine Spends All Day Bashing Russia on Twitter
Lord Watson, during the Munich Conference, its chairman Wolfgang Ischinger said, that the current crisis in Ukraine is the worst security crisis in Europe since the collapse of the USSR. Do you agree? What is the danger? Is there an end in sight?

Lord Watson: Dangerous though the situation in East Ukraine remains, I do not think it qualifies as the worst security crisis in Europe since the collapse of the USSR. At the time, the collapse of a superpower was followed by a number of velvet revolutions in smaller states – it was a full-scale regional crisis with global aspects. The subsequent stabilization of Eastern Europe owes much to these countries' EU membership: either achieved or as with agreed candidate status.

The ceasefire brokered by Germany and France and accepted by Russia and Ukraine is critical and if it survives, there is then a real possibility of an eventual negotiated settlement.

It is important to remember that when Helmut Kohl and Mikhail Gorbachov negotiated the withdrawal of Soviet forces from Eastern Germany, they did establish an understanding that the borders of NATO and the EU would not advance to the Russian border. It is also critical that Russia desists from supporting further de-stabilization of Eastern Ukraine.

The last quarter of century was a period of strategic doubts in Russia: there was a discussion on its international identity. Now, it seems to be over and the 'Westerners' have lost. Are we observing a final split between Russia and Europe? How do you see the future of those relations?

Lord Watson: Russia has always embraced East and West and there remain some fundamental differences of attitude, symbolized by St. Petersburg and Moscow. I do not envisage either East or West 'losing' in Russia, Russia benefits from both. There cannot be a final split between Russia and Europe. Both have to learn to prosper in the context of inter-dependence, economic and political.

Germany on Peace Track, No Plans to Arm Ukraine
Do you think that Ukraine is the real reason for the conflict? Is it really what Zbigniew Brzezinski called the "pivotal state" in Europe? Or, are there other, more general, reasons, for example the US need to contain Russia as an 'emerging leader'?

Lord Watson: Ukraine is indeed a 'pivotal state' in Europe, but that does not preclude its eventual evolution as a stable state.

What is your oppinion on the rise of euroskeptical and far-right parties in Europe? What are their chances of gaining power (for example Marine Le Pen in France or UKIP in Britain). Shall we in the years to come expect major shifts in European politics, for example a split of the EU?

Lord Watson: The Euro-sceptic and far-right parties in Europe lack both cohesion and coherence. The Euro-Sceptic position in Greece is very different from that in any other EU-member state but personally I believe Greece will remain within the EU. It’s future outside the EU would be dire.

British foreign policy is said to be unemotional and pragmatic. What are its aims towards Russia? How do you see the place of Russia in Europe?

Lord Watson: Ultimately British Foreign Policy is determined by interests, which as Wellington once remarked, 'never lie.' The overwhelming preference in the UK is that Russia and Europe establish a pragmatic and stable relationship acknowledging that interdependence is a two-way street.