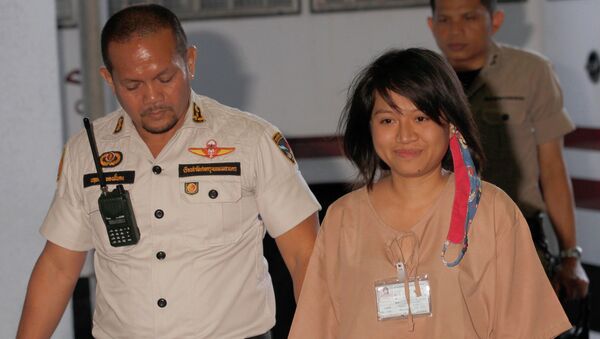 Amid Thailand's policy of suppressing "defaming of the monarchy" two local students were sentenced to prison for insulting the king in a university play, according to media reports.

HRW Urges Thailand to Scrap Plan Allowing Military Detention of Civilians
MOSCOW (Sputnik) — Two Thai students were sentenced Monday to two and a half years in prison each for insulting the country's Monarch in a university play, the BBC reported.

The coup-installed military government of Thailand is carrying out policy of suppressing "defaming of the monarchy" in the country.

In October 2013, Patiwat Saraiyaem, 23 and the Pornthip Munkong, 25 performed in a play titled "Wolf Bride", depicting a fictional kingdom with imaginary king and his adviser. 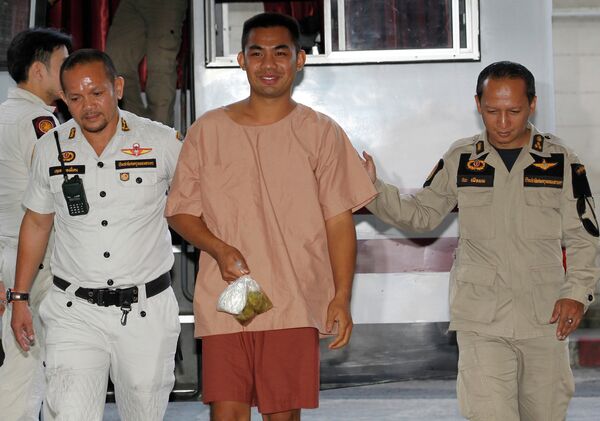 It is unknown which exact details of the play were found insulting, since under the Thai laws it is a crime not only to insult or defame the king and his family, but also to discuss the offense or cover it in the media.

The students were arrested in August 2014 and have since been held in custody. They were initially sentenced to five years, but the term was reduced by half because both admitted the charges.

According to the BBC, around 15 people have been charged in monarchy defamation cases since the 2014 military coup and over 90 similar cases are being investigated.

The most recent cases include conviction of a taxi driver, after his defaming of the monarch was recorded by the passenger and a student, who allegedly insulted the king on his Facebook page.