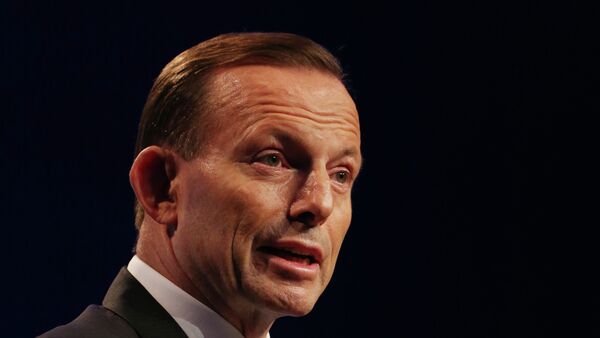 The suggestion reportedly received no rejections from Abbott's chief of staff Peta Credlin.

Abbott then raised the idea with Australia’s leading military planners, who were stunned by the suggestion and said that such a move without US or NATO backing would be “disastrous” for the country.

The Islamic State, known for its extreme violence, has recently taken control over vast portions of Syria and Iraq.

The United States, which leads an international air campaign against the Islamic State in Iraq and Syria, has repeatedly rejected sending its own soldiers to fight the jihadists on the ground.

Instead, US President Barack Obama and a number of his coalition partners have vowed to provide local troops with training and equipment.

When asked about Abbott's suggestion, a spokesman for the minister told the magazine that Abbott has "consistently said that the Australian government will continue to talk to the government of Iraq and to our ­coalition partners about what Australia can usefully do to make the world a safer place and to make Australia a safer country."

Following the crash, Abbott sought to send 1,000 Australian soldiers to the region to secure the crash site, The Australian reported back in August.