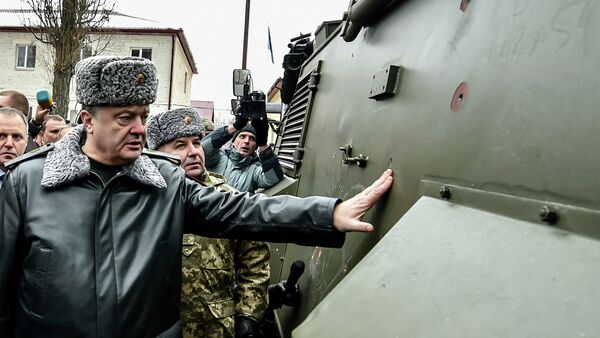 Former US ambassador to Ukraine John Herbst said that the ongoing conflict in Eastern Ukraine is increasing support in Congress to provide lethal defensive military aid to Kiev.

“There’s no question that the ongoing offensive in the east [of Ukraine] by the Russians is increasing support in Congress to make this happen and happen quickly,” Herbst said.

Herbst coauthored a report in early February calling for the US to authorize $3 billion for training, equipment, and lethal defensive military aid to Ukraine over the course of three years.

The funding request was introduced as legislation by the US House of Representatives on February 10.

“We’ve briefed many people about our report, including on Capitol Hill,” Herbst said.

Asked whether members of Congress were concerned about the consequences of US arms provisions, Herbst said the arguments against arming Ukraine are not that strong, and “the Congress, I would say, agrees with that.”