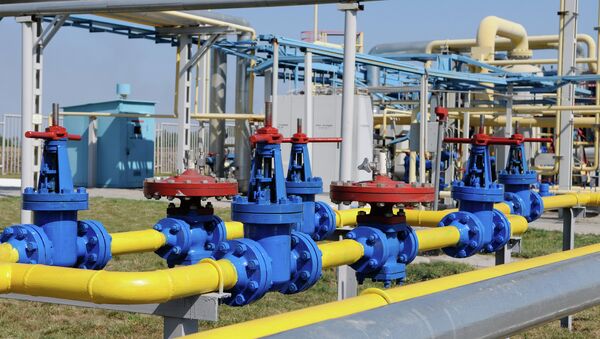 Under the contract between Gazprom and Naftogaz of Ukraine, Russia's energy giant delivers to Ukraine 12 billion cubic meters of gas daily starting from 11:00 a.m. GMT February 19, including via the Prokhorovka and Platovo gas measuring stations.

The move comes amid Kiev’s decision to cut off the delivery pipeline into the region on Wednesday night.

“Under the present contract between Gazprom and Naftogaz of Ukraine, Gazprom delivers to Ukraine 12 billion cubic meters of gas daily starting from 16:00 Moscow time [11:00 a.m. GMT], February 19, 2015, including via the Prokhorovka and Platovo gas measuring stations,” Alexei Miller said.

Gas Supplies to Donbas Cut as Pipeline Damaged by Shells – Naftogaz
Earlier in the day, Russian Prime Minister Dmitry Medvedev instructed the country’s Energy Ministry and Gazprom to prepare proposals on fuel deliveries to the self-proclaimed republics of Donetsk and Luhansk (DPR and LPR) as Kiev had cut off the delivery pipeline into the southeastern regions.

Ukraine's Naftogaz said it had halted gas supplies to the country's eastern regions due to broken pipelines, damaged during the hostilities. The local gas operating company said in a statement Thursday that the delivery would be resumed as soon as hostilities cease, so it can send teams to repair the pipes.

Kiev troops and independence militias have been fighting since last April, leading to numerous civilian casualties and damage to infrastructure. The ceasefire between the warring parties entered into force on Sunday.