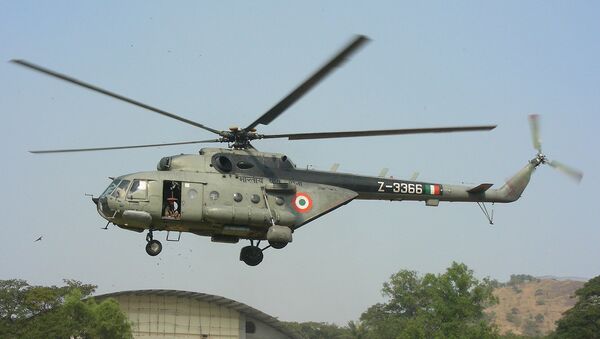 Deputy director of Russia's Federal Service for Military-Technical Cooperation said that Russia fulfilled $4.7 billion-worth of contract obligations on the supply of arms and military equipment to India in 2014.

"Russia supplied India with arms and military equipment worth $4.7 billion in the course of 2014," Punchuk said on Wednesday, at the opening of the 10th edition of Aero India 2015 defence and civil aviation expo.

The expo is being held on February 18-22 in Bangalore, India.

According to Russian Ambassador to India Alexander Kadakin, a total of 80 percent of the Indian Navy and 70 percent of its Air Force are supplied with Russian equipment.

Deputy head of Russian arms exporter Rosoboronexport Sergei Goreslavsky told RIA Novosti Tuesday that Russia will finalize the delivery of 71 Mi-17V-5 (Hip) transport helicopters to India by the end of 2015. Goreslavsky also said that Russia is ready to supply India with Kamov Ka-31 (Helix) helicopters to be used on the Vikrant-class aircraft carriers.

According to the Rosoboronexport deputy head, Russia and India will be working on the construction of the first test models of a fifth-generation T-50 fighter jet with stealth capabilities this year and Russia is also ready to supply India with additional deliveries of Su-30MKI (Flanker-H) long-range fighter jets to replace the French Rafales that New Delhi has reportedly rejected.