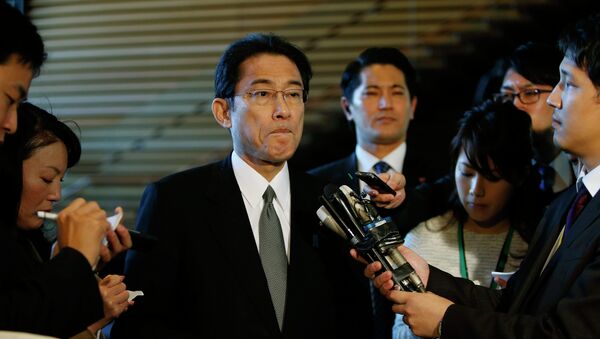 Japan Reacts to ISIL Threat, Stops Photographer Traveling to Syria
A whopping 15.5 million dollars have been earmarked by Japan to fight terrorism in the Middle East and Africa, Al Arabiya reports.

In a statement on Tuesday, Japanese Foreign Minister Fumio Kishida said that the move was part of Tokyo's drive to bolster "counter-terrorism capacity-building assistance in the Middle East and Africa," including border controls, investigations and the development of legal systems.

During his visit to Brussels in January, Kishida promised to allocate $7.5 million for the purpose.

Kishida's latest announcement comes several weeks after a Japanese journalist and his friend were beheaded by militants from the Islamic State group which currently controls large areas in Syria and Iraq.

Shortly after, Japanese Prime Minister Shinzo Abe signaled that Japan would not “give in to terrorism”.

As for the money, it will reportedly be distributed via international organizations to the affected regions, including the countries which border Syria and Iraq.

Details are expected to be clarified by Japanese Deputy Foreign Minister Yasuhide Nakayama during a global counter-terrorism conference, scheduled for later this week in Washington, officials said.