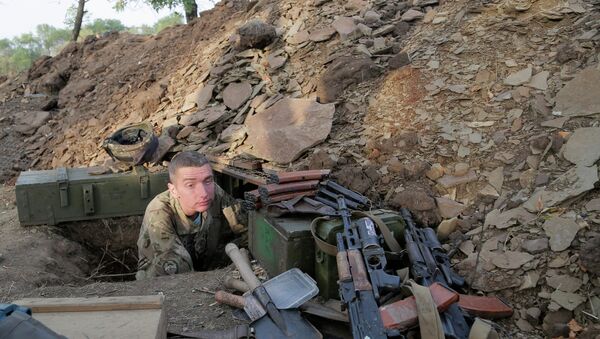 “All Ukrainian soldiers located in Debaltseve and adjacent settlements should leave the town in an orderly manner without weapons and military equipment,” Zakharchenko said.

On Saturday, the head of the DPR announced that pro-independence forces will stop any Ukrainian troops’ attempts to escape from Debaltseve area.

Several thousands of Kiev soldiers currently remain encircled in the key town of the Donetsk region.

Donetsk Militia Say OSCE Made No Requests to Visit Debaltseve
At midnight local time on February 15 (February 14, 22:00 GMT), the ceasefire between Kiev forces and independence supporters in eastern Ukraine came into force.

The truce was agreed on during the last reconciliation talks on Ukraine in the Belarus capital of Minsk on February 12. Apart from the ceasefire, the warring sides must exchange all prisoners and establish a buffer zone in the conflict area.

A similar agreement was signed last September. However, the clashes in eastern Ukraine continued and even intensified in the first weeks of 2015.