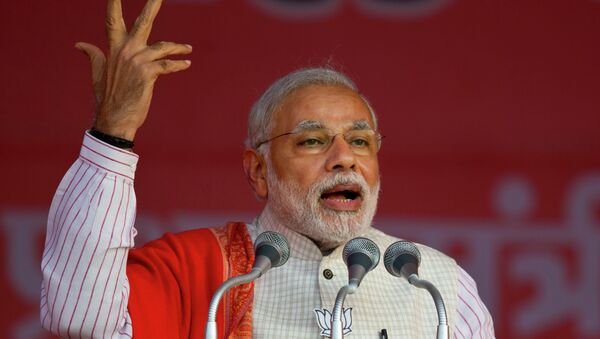 "Spoke to Arvind Kejriwal [and] congratulated him on the win. Assured him Centre's complete support in the development of Delhi," Modi said on Twitter.

AAP, established in November 2012, ran on an anti-corruption campaign and upset the ruling Bharatiya Janata Party (BJP) by gaining 62 out of 70 seats in the Delhi legislature.

The election was expected to be a tight race between AAP, BJP, led by former police officer Kiran Bedi, and the Indian National Congress party led by former Minister of Housing and Poverty Alleviation Ajay Maken.

However, BJP gained only seven seats, while the Congress came away without a single seat.

AAP head Kejriwal was the 7th Chief Minister of Delhi for 49 days until the failure of his anti-corruption bill prompted him to resign in February 2014.

On the other hand, the 2014 Indian general elections brought a sweeping victory for the BJP party, when the National Democratic Alliance, led by the BJP, secured the majority in parliament, and the party leader Narendra Modi became prime minister.