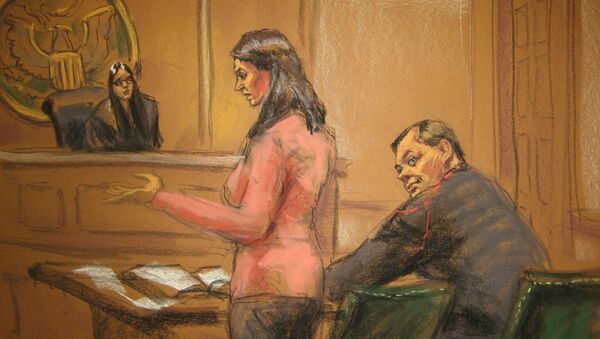 A spokesperson from the US District Court of the Southern District of New York said that Russian national Evgeny Buryakov was indicted without a hearing.

WASHINGTON (Sputnik) — Russian national Evgeny Buryakov was indicted without a hearing at the US District Court of Southern District of New York on Monday, a spokesperson from the court told Sputnik following the decision.

“He [Evgeny Buryakov] was formally indicted," the court spokesperson told Sputnik on Monday. “The government is not required to conduct a preliminary hearing prior to indictment.»

The New York court spokesperson told Sputnik on Monday that no other arraignment date has yet been scheduled for the defendants.

The court indictment alleges that Buryakov worked within the United States as private Russian citizen and as a Foreign Intelligence Service Agent under a “non-official cover” posing as an employee at a the Manhattan office of a Russian bank from about August 2010 to January 2015.

According to the court document filed on Monday, Buryakov failed to notify the US Department of Justice as required by law that he was an agent of the Russian Federation.

The Grand Jury said in the court document that the three Russian national defendants worked together on numerous occasions to “willfully and knowingly, did combine, conspire, confederate, and agree together and with each other to commit an offense against the United States.”

In January, Buryakov denied all US charges against him after he was arrested.

Buryakov was arrested as part of an alleged Russian intelligence ring that the FBI says worked for Russia’s Foreign Intelligence Service to gather economic information.

The two other Russian nationals, Igor Sporyshev and Viktor Podobny, were accused of working for Russia’s Foreign Intelligence Service along with Buryakov.