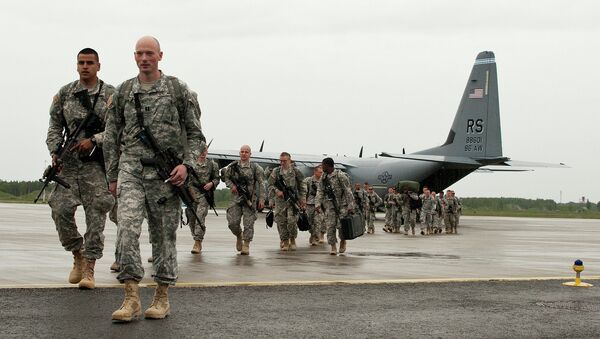 NATO to Nearly Triple Size of Its Response Force (VIDEO)
TALLIN (Sputnik) — Estonia is ready to open a NATO command center on its territory in the near future, the country's Defense Minister Sven Mikser said in an interview with Estonian National Television Friday.

"We have announced our preparedness to station this kind of center. We are ready to do it even next week. Actually, we have already provided working placement and the necessary means. Right now we are looking for and appointing Estonian staff," Mikser said.

According to the minister, officers from both the host country and other NATO member-states will be working in the command center.

On Thursday, NATO Secretary General Jens Stoltenberg announced a doubling of the military bloc's Response Force to 30,000 people. The ministers also agreed on the creation of six new command and control posts in Bulgaria, Estonia, Latvia, Lithuania, Poland and Romania.

Russia to Give ‘Adequate’ Response to NATO’s Expansion
On Friday, Russia's envoy to the alliance, Alexander Grushko said that NATO's recent decision will lead to "adequate" changes in his country's military planning, as it "creates a great risk for Russia."

Russia has repeatedly expressed concern over the buildup of NATO forces along its western borders, primarily in the Baltics, which Grushko thinks could again become a region of "military confrontation."