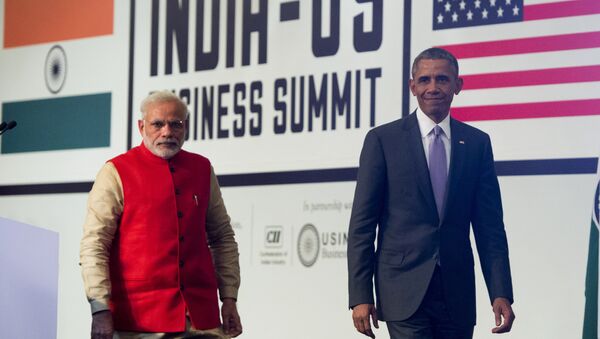 US President calls India-US relations one of the "defining" partnerships of the 21st century.

"India and US are not just natural partners, but I believe America can be India's best partner," Obama said on his final day of visit to India, adding, "I think the relationship between India and US is one of the defining partnerships of the century."

Obama's comments follow a remark made by US Deputy National Security Adviser Ben Rhodes on Monday, claiming that the United States would surpass Russia as India’s strongest and closest partner.

"[The] United States is quickly moving towards surpassing Russia as a defense exporter to India. So that balance has shifted over [the] years. India obviously has a longstanding defense relationship with Russia, but our relationship is on the upswing," Rhodes was quoted as saying in a press release, issued on the website of the US White House on Monday.

President Obama is currently on his third day of an official visit to India, where he has taken part in the country's Republic Day celebrations as well as in a series of meetings with officials to discuss cooperation in defense, economy, civil nuclear power and climate change.