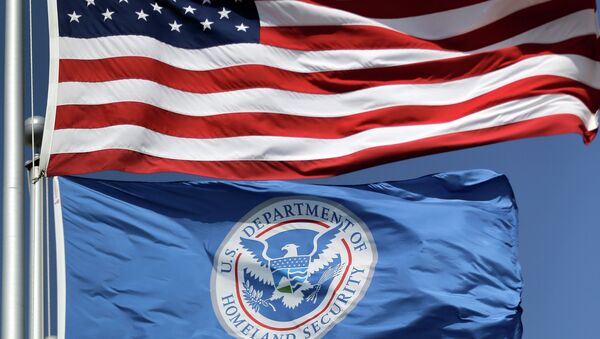 © AP Photo / Eric Gay
Subscribe
DHS Secretary said that the US Congress has to pass a Department of Homeland Security appropriations bill without an amendment to defund executive actions on immigration, or the DHS will advise US President Barack Obama to veto the bill.

“We need a clean appropriations bill for homeland security in this country,” DHS Secretary Jeh Johnson said. “If a bill comes to his [Obama’s] desk, the president’s staff and I will recommend that he veto that bill as long as it has those amendments on it.”

White House Says House GOP is 'Mucking Around' With DHS Funding
The US House of Representatives introduced a $39.7 billion appropriations bill for the Department of Homeland Security earlier this week. The bill included a Republican-sponsored amendment to withhold funding for any of the president’s executive actions on immigration.

Until February 27, the DHS budget is being funded by a continuing resolution, which caps agency spending at 2014 levels. Johnson warned that the agency’s ability to fund new initiatives for border security, new technology, and improvements to the Secret Service “is seriously hampered as long as the budget of Homeland Security is on a continuing resolution.”

Following a November executive action by President Obama to address immigration challenges without consulting the US Congress, members of the Republican Party announced plans to defund portions of DHS responsible for carrying out the president’s policy.

The appropriations bill, amended to defund Obama’s executive order, passed the US House of Representatives and will be voted on in the Senate. Obama has threatened to veto any legislation that interferes with his executive action on immigration, according to recent statements from the White House.