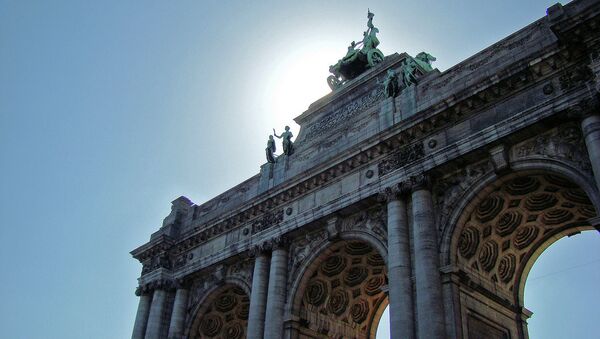 © Flickr / Claudio.Ar
Subscribe
UN press service stated that the meeting of the envoys of the so-called Middle East Quartet to take place on January 26 in Brussels.

UNITED NATIONS, January 15 (Sputnik) – The meeting of the envoys of the so-called Middle East Quartet, comprising Russia, the United States, the European Union and the United Nations, will take place on January 26 in Brussels, the UN press service said in a statement Thursday.

"In response to questions concerning the next meeting of the Quartet, the Spokesman can say that a meeting at the Envoys' level is scheduled for 26 January in Brussels," the statement read.

The Middle East Quartet, which was established in 2002, is involved in mediating the settlement of the Israeli-Palestinian conflict.

Lavrov: Arab League Should Join Middle East Quartet
Earlier on Thursday, Russia's UN envoy Vitaly Churkin at the meeting of the the Security Council stressed the need to use "every opportunity" to resume the peace process in the Israeli-Palestinian conflict, as well as to intensify the work of the Middle East Quartet at the ministerial level.

UN Assistant Secretary General for Political Affairs, Jens Toyberg-Frandzen, who was opening the UN Security Council meeting, noted that a resumption of negotiations between Israel and the Palestine is becoming less likely to occur.

The most recent bid to pass the Palestinian statehood resolution was rejected by the UN Security Council on December 30, with eight nations, including Russia, supporting the document, the United States and Australia voting against it and five countries abstaining.

The UN regulations state that, in order to be adopted, a document must be supported by at least nine nations, with all five permanent representatives of the UN Security Council (China, France, Russia, the United States and the United Kingdom) voting in favour.