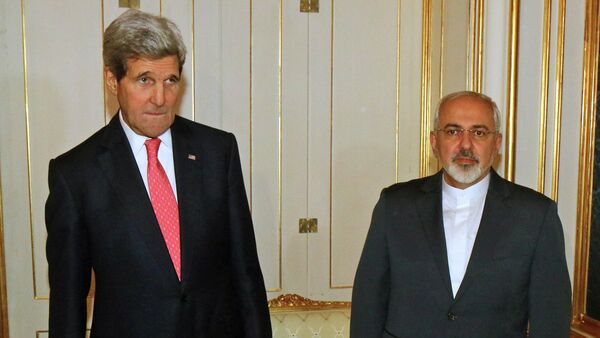 GENEVA, January 15 (Sputnik) — Wednesday’s bilateral meeting between Iranian Foreign Minister Javad Zarif and US Secretary of State John Kerry was lengthy and tense, and it is too early to determine the progress made on a nuclear deal, Iranian Deputy Foreign Minister Abbas Araghchi told RIA Novosti.

“We have held very tense and serious negotiations that lasted for almost 8 hours. We discussed almost all the issues that were on the agenda. It was very serious, business-like,” Araghchi told the news agency.

New US Sanctions Against Iran Violate Geneva Nuclear Deal: Iranian Diplomat
According to the deputy minister, “it is too early to judge whether progress has been made, or if it can be achieved.”

Talks will continue on deputy foreign ministers level on Thursday, and panel discussions will also be held, Araghchi added.

These meetings will be held on the eve of the next round of P5+1 talks on the Iranian nuclear program, scheduled for Sunday.

The P5+1 group joined diplomatic efforts back in 2006 in an attempt to reach a deal with Iranian authorities. Since then, the group has held several meetings with Tehran, but the sides have failed to reach an agreement.

The latest round of talks between Iran and the P5+1 group, held in November in Vienna, did not produce a comprehensive deal on Iran’s nuclear program and the sides agreed to continue the discussions until July 2015.