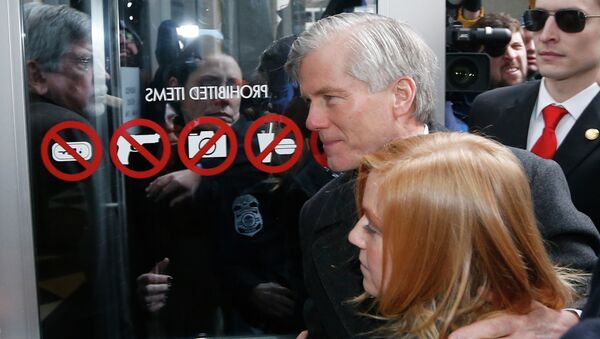 Former governor of the US State of Virginia reportedly has been sentenced to two years on corruption charges.

WASHINGTON, January 6 (Sputnik) — Former governor of the US State of Virginia Bob McDonnell has been sentenced to two years in federal prison on corruption charges, according to Richmond Times-Dispatch.

Former Virginia Governor Faces Sentencing Tuesday on Corruption Charges
The former Republican governor and one-time presidential hopeful must report to prison on February 9. His term is far lower than the 10 years initially sought by prosecutors.

On September 4, McDonnell and his wife Maureen were pronounced guilty of eleven and nine charges, respectively, for accepting some $177,000 in gifts and loans from a family friend and former Star Scientific Inc. CEO Jonnie William Sr. in exchange for promoting his company’s dietary supplement. Maureen McDonnell is scheduled to be sentenced on February 20.