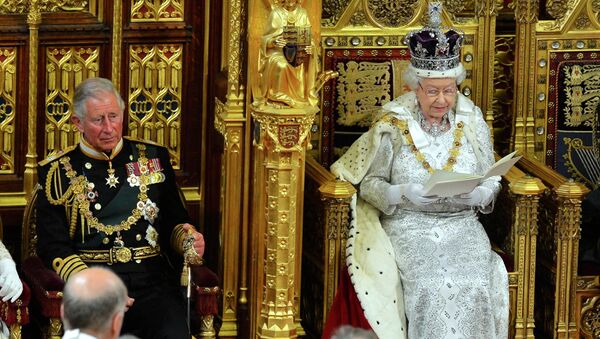 © AP Photo / Toby Melville, Pool, File
Subscribe
Buckingham palace denied on Monday the reports suggesting that Queen Elizabeth II met Virginia Roberts, who claims that Epstein "loaned" her to his famous friends, including Prince Andrew, when she was as young as 17.

Buckingham Palace Denies Prince Andrew Underage Sex Allegations: Reports
MOSCOW, January 5 (Sputnik) — Buckingham palace denied on Monday the reports suggesting that Queen Elizabeth II met a US woman, who claimed she was forced into sexual relations with Prince Andrew when she was a teen.

The papers, filed by the lawyers of a US-national to the court of Florida, say that from 1999 to 2002 she was held as a "sex slave" by US banker Jeffrey Epstein. The woman named "Jane Doe 3" in the court documents, claims that Epstein "loaned" her to his famous friends, including Prince Andrew, when she was as young as 17.

The woman was earlier identified by the media as Virginia Roberts. Her father, Sky Roberts, told the Sun newspaper that his daughter met the Queen in 2001 after "she [Virginia Roberts] had been flown to London by Jeffrey [Epstein]" on his private jet. He also said Virginia "was so excited about meeting the Queen."

"There is nothing to suggest the claim is true. We have no record of such a meeting," the palace's spokesperson was quoted by itv news as saying.

On January 2, Buckingham palace denied underage sex allegations by a US woman. The allegations were strongly denied for the second time on January 4.

In 2008 Jeffrey Epstein was sentenced to 18 months in jail over soliciting a 14-year-old girl for prostitution. In 2011, Prince Andrew denied in a public statement that he ever had relations with any of "Epstein's girls."