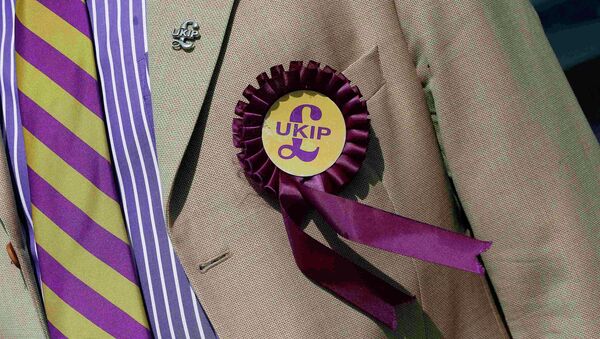 If people don't speak English and they are dealing with English-speaking patients, they shouldn't be employed in the first place, UKIP party leader Farage said.

"If people don't speak English and they are dealing with English-speaking patients surely they shouldn't be employed in the first place," Farage told Sky News in an interview.

Approximately 11 percent of the 1.3 million current health workers were not born in Great Britain, meaning that around 110,000 people could lose their jobs under Farage's proposal.

Speaking on the issue of medical tourism in Britain, the UKIP leader lamented allowing the country's healthcare to become an "international health service."

Cameron Wants EU Membership Referendum to Take Place as Soon as Possible
The UK Health Department said earlier that the state lost more than 2 billion pounds ($3 billion) annually due to migrants abusing the NHS. These medical "tourists" include women in late pregnancy who arrive in the UK to give birth free of charge. According to Health Department estimates, they are costing the country $113 million every year.

UKIP is a right-wing party with mounting support both in the United Kingdom and the European Parliament aiming at gaining seats in May's parliamentary elections. Its stance has centered around anti-immigration and eurosceptic sentiment.

Earlier on Sunday, UK Prime Minister David Cameron told media that if his Conservative Party won the elections, he would stand by his earlier pledge to hold a nationwide referendum on EU membership in 2017. Farage shrugged off Cameron's claims as an attempt to "sound a bit like" UKIP.