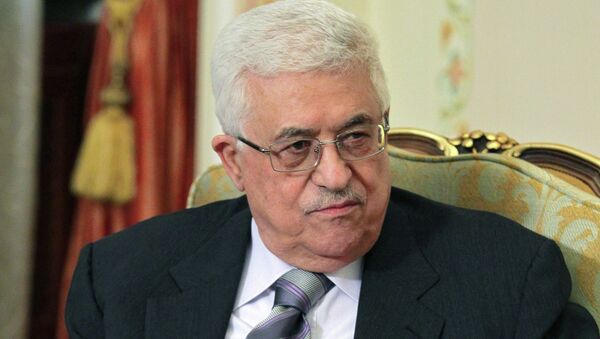 According to the earlier media reports, Abbas also plans to apply for the International Criminal Court (ICC) membership in order to continue to seek the adoption of UN Security Council resolution on ending the occupation of Palestinian territories by Israel.

Earlier in the day, the UN Security Council rejected the Palestinian statehood resolution, with eight nations, including Russia, supporting the document, the United States and Australia voting against it and five countries abstaining.

The UN regulations state that, in order to be adopted, a document must be supported by at least nine nations, with all five permanent representatives of the UN Security Council (China, France, Russia, the United States and the United Kingdom) unanimously voting "Yes."

The failed resolution stipulated the creation of a Palestinian state in the West Bank and East Jerusalem, occupied by Israel in 1967, with Tev Avia withdrawing all of its forces by the end of 2017.