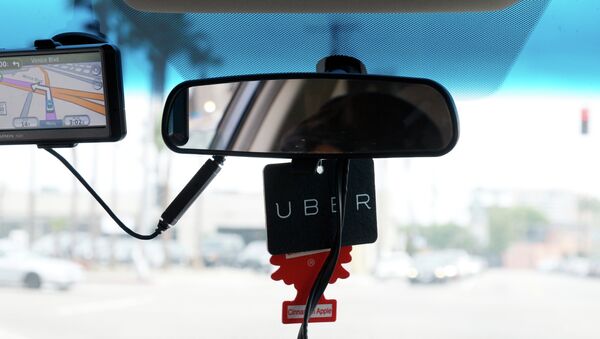 The platform, offering its services to all seeking convenient and reliable transportation, had become famous a couple of years ago. But in 2014 they have, undoubtedly, outdone themselves. The company and its executives have faced scandals, lawsuits and PR disasters all year round.

A horrible start to what will turn out to be a horrible year – an Uber driver hits three pedestrians on New Year’s Eve. The company, however, claimed the driver was ‘off-duty’, and they are not responsible. One of the victims, 6-year-old Sophia Liu, died. By September the driver was charged with misdemeanor vehicular manslaughter.

NY General Manager Josh Mohrer personally ‘pranks’ rival service called Gett by ordering and then cancelling rides. At least 13 other senior employees participate in this rather un-senior-like act of sabotage. The company apologized reluctantly for this particular incident: ‘it was likely too aggressive a sales tactic and we regret the team’s approach to outreach of these drivers’

It’s early spring, and love is in the air. But Uber’s female passengers experience a series of inappropriate encounters with their drivers.

Olivia Nuzzi, a reporter for The Daily Beast, who has previously had an incident with an Uber driver involving unsolicited photos and e-mails, find out another driver is now asking her Facebook friends if she’s single. Although months earlier she’s been reassured that Uber drivers don’t have any of the riders’ contact information or even their full names. Oops.

Jigneshkumar Patel, another driver, is sued by a Chicago passenger for sexual assault. She claimed that he locked the doors of his car and groped her, but she managed to get away.

Valleywag’s Sam Biddle points out that Uber has added a $1 “safe ride fee,” and asks, “Why Is Uber Charging You Extra to Not Get Assaulted?”

Uber's ‘industry-leading background check process’ strikes again – for an extra dollar they offer a Safe Ride. How exactly this is done or why a basic human right not to be subjected to assault costs a dollar is unclear.

Hannah Jegart tweets the following: ‘Um @Uber_NYC how do I get a charge removed? My driver was arrested mid ride haha’. She’s immediately reimbursed, but that was undoubtedly a ride to remember.

Uber driver Daveea Whitmire finally charged with misdemeanor battery for last year’s incident. He struck a passenger after calling him a ‘dirty Mexican faggot’. How he passed Uber’s background check services to begin with remains a mystery, seeing as he had prior convictions.

Another lovesick driver is arrested for bringing an unconscious drunk female passenger to a motel and spending the night with her. He claims that she didn’t provide her address, so he sort of improvised. She says she has no memory of the previous night and found the driver in bed with her, shirtless.

Traffic comes to a halt in Europe as taxi drivers protest against Uber in major cities.

In Washington DC, Ryan Simonetti and his colleagues were practically kidnapped by their Uber driver and chased by a taxi inspector. The driver was trying to avoid a fine for driving outside of Virginia, where he eventually fled.

Operation SLOG: an aggressive marketing campaign. Uber ‘brand ambassadors’ are supposed to recruit drivers from rival platforms. And although they officially claim not to cancel rides intentionally, CNN reported over 5000 Lyft rides cancelled by Uber employees in the last year.

Uber is banned in Germany; Portland sues the company to stop it from providing services in the city.

A new lawsuit occurs, now concerning multiple refusals of Uber drivers to accept blind passengers with guide dogs and one case of stuffing the animal in the trunk.

Roberto Chicas gets hit in the head with a hammer by an Uber driver. Although the assailant had no criminal record, Roberto’s attorney claims a personal interview would have definitely filtered him out as a driver. Ironically, the receipt for this ride did include the $1 Safe Ride fee.

Forbes report reveals that Uber charges drivers $65 dollars for teaching their drivers basic skills, and that is, apparently, the only training they provide.

An anonymous female passenger told ValleyWag how an Uber driver took her to a secluded area instead of her home address. He then locked the doors and only agreed to take her home after she began screaming. Uber afterwards politely apologized for the ‘inefficient route’.

Uber permanently deactivates a driver for posting a tweet with a link to a PandoDaily article about the company’s drivers’ safety.

Uber Lyon offers ‘hot’ drivers with a particularly ‘smoking’ ad and an amazingly sexist slogan ‘Who said women don’t know how to drive?’ Nobody said that, Uber, Well, nobody but you.

In San Francisco, an Uber driver pulled his passenger out of the car and when she tried to take a picture of him, smashed her phone. Apparently, they had some kind of misunderstanding regarding the end address.

Sarah Lacy, PandoDaily editor, publishes an article denouncing Uber and saying she’s deleted the app. This passionate and subjective article will later come back to bite her.

Emil Michael, an Uber executive suggests the company hire a team of opposition researchers to ‘dig up dirt’ on certain journalists like Sarah Lacey, who have spoken out against the company on multiple occasions. There were mentions of defamation and attacks on their families.

John Mohrer embarrasses the company again with adolescent behavior. This time he tracks a BuzzFeed journalist’s movements in Uber cars and shares this with her to ‘show off’. Although his superiors have promised to take disciplinary action, something is yet to be done.

Uber is temporarily banned in Nevada.

Uber driver rapes a female passenger in New Delhi. Later it turns out he’s already served time for rape in 2011. Another stunning lapse of background checks that cost someone their physical and psychological safety.

A woman from Chicago reports being sexually assaulted by an Uber driver a month earlier. After he picked her up, he allegedly attacked her. She blacked out, but told the police she remembered being in an apartment with the driver on top of her.

Another female passenger is raped in Boston. Uber claims that her attacker was not the driver assigned to her. He does not show up to court.

Uber uses ridiculous surge pricing during a storm in San Francisco an a hostage situation in Sydney. Despite their previous promises to help uot during natural disasters and more.

In California a lawsuit is filed against Uber regarding ‘false and misleading statements’ that the company’s been making to customers. Finally.

Here's hoping 2015 will be a better year for all travellers everywhere!