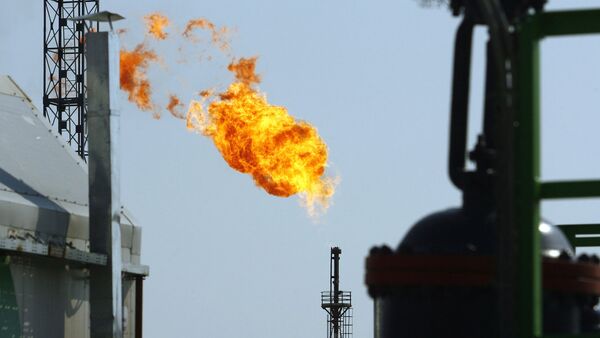 A source in the Homs city administration said that armed guards have managed to repel the Islamic State militants' attack at a gas-processing plant in the central Syrian province.

BEIRUT, December 29 (Sputnik) — Armed guards have managed to repel the Islamic State (IS) militants' attack at a gas-processing plant in the central Syrian province of Homs, a source in the Homs city administration told Sputnik Monday.

“The guards noticed a vehicle and stopped it from entering the territory [of the plant]. The car exploded 200 meters [0.1 mile] away from the checkpoint. As a result, eight guards died. The attacking militants, that wanted to blow up the plant, have been liquidated,” the source said.

The source added that Islamic State militants were planning to explode the vehicle on the territory of the plant to kill as many people as possible and interrupt the work of the gas-processing station. The plant currently operates as normal.

Earlier on Monday it was reported that a car bomb exploded near a gas-processing plant in Syria killing eight people. Islamic State claimed responsibility for the attack.

IS militants have seized several oil and gas fields located in the Homs province. In late October, Syria's Armed Forces launched an offensive against Islamic State to regain control of the province.