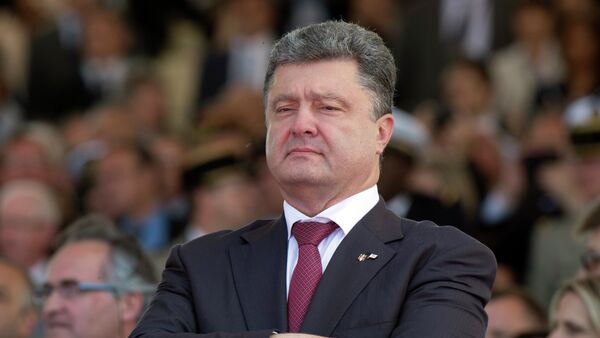 “If Ukraine has electricity, it may be supplied to Crimea, if Ukraine does not, then there will be rolling blackouts, first of all in Crimea, as simple as that,” the Ukrainian leader said.

"I think that an agreement between two companies from Russia and Ukraine should be signed soon," he said.

On December 28, the Ukrainian president said that importing electricity to Ukraine should be carried out by state-owned companies, free of any independent intermediary.

In recent weeks, Ukraine introduced nation-wide energy saving measures, as the country is experiencing energy shortages due to the conflict in Ukraine's eastern regions, where many of the country's coal mines are located. Ukraine is currently experiencing a lack of fuel for power generation and heating.