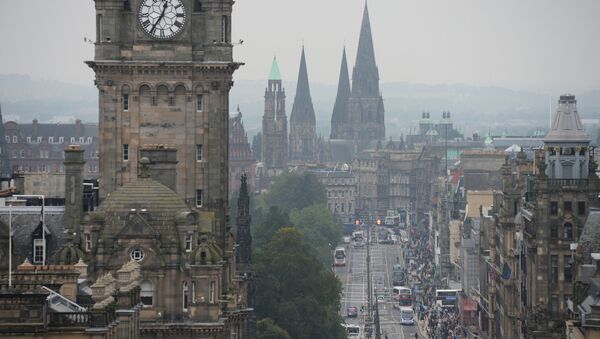 A councilor for the UK Independence Party stated Friday that the UK's two main parties have made the country racist because of the influx of immigrants.

Almost 90,000 UK Children in Emergency Housing for Christmas: Labour Party
MOSCOW, December 26 (Sputnik) — The United Kingdom’s ruling parties have made the country racist by opening the doors for an “overload” of immigrants, a councilor for the UK Independence Party said Friday.

“The two main parties that have been running this country have made the country racist because of the influx that we’ve had,” Trevor Shonk, UKIP councilor at the Kent county council and Ramsgate town council, said at the World at One program on BBC Radio 4.

According to Shonk, the United Kingdom has seen an “overload” of immigrants it has been unable to deal with. “We haven’t got the care homes, we haven’t got the houses for our own,” he said.

The party’s deputy chairman Suzanne Evans hastily rejected Shonk’s statements, telling BBC Radio 4 that Shonk “didn’t express it as well as he could”.

UK Immigration Numbers Reach 3,000 per Month
According to Evans, United Kingdom is, in fact, a “very accommodating country”, which in no way can be deemed racist, though there has been “a massive increase in immigration, which people find incredibly difficult to deal with.”

According to the UK Office for National Statistics’ latest migration report, published in late November, a “statistically significant increase” has been noted in long-term migration to the United Kingdom over the last year, with both persons from the European Union and non-EU citizens arriving in search of jobs. The number of asylum applications has also increased.

UKIP, which describes itself as a “patriotic party” and promotes withdrawal from the European Union in order to “regain control" of borders and immigration, has long been accused of racism. In recent months, following a new wave of racism allegations, the party has adopted rules against using the UKIP logo on social media and issued instructions not to raise immigration issues during campaigning.