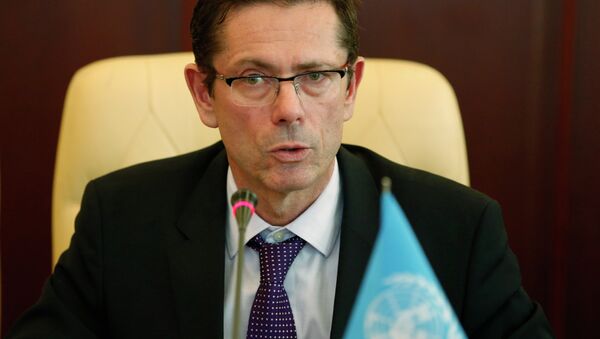 “I firmly believe that with honesty, transparency and international assistance, we can find a way to dismantle the camp system and release and rehabilitate prisoners. Other countries in the region have shown that it is possible to release thousands of political prisoners, and to roll back systems of administrative detention,” Simonovic said.

Citing the report by the UN Commission of Inquiry on North Korea, Simonovic stressed that actions of the country’s officials had caused numerous deaths and inflicted “permanent physical and psychological injuries on survivors.”

The official called on the UN Security Council and suggested referral to the International Criminal Court, as well as adoption of targeted sanctions.

“An overwhelming majority of Member States in the Human Rights Council and General Assembly – as well as victims, survivors and civil society organisations around the world – have asked that you, the Security Council of the United Nations, take action on this report, including by referral to the International Criminal Court and by adopting targeted sanction,” Simonovic said.

The official added that in 2015 the UN human rights office would establish a field-based structure in Seoul to boost accountability “and improve human rights in the DPRK [Democratic People’s Republic of Korea]”.

Before the UN Security Council meeting, the members held a vote on whether North Korean human rights record should be put on the Security Council's agenda. China and Russia voted against it, but because the vote was procedural no vetoes could be used. Chad and Nigeria abstained. Eleven members supported the move, and the meeting began.

In February, the UN Commission of Inquiry released a report documenting crimes against humanity in North Korea, and asking the international community to act in order to stop violations and protect North Korean people.