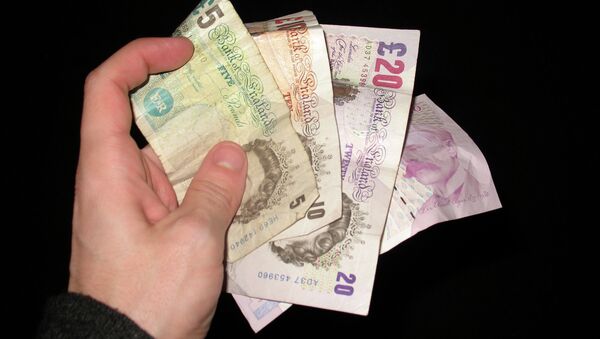 British currency trader, 59-year-old Joe Lewis, went missing with 130 million pounds (about $200 million) of cash belonging to his clients in what appears to be one of the biggest cases of fraud in recent UK history.

UK Refuses to Extradite Fugitives Charged of Russian Funds Theft: Official
MOSCOW, December 21 (Sputnik) — A British currency trader went missing with 130 million pounds (about $200 million) of cash belonging to his clients in what appears to be one of the biggest cases of fraud in recent UK history, The Telegraph reported Sunday.

The trader, 59-year-old Joe Lewis, falsely claimed that the money was in the investors’ accounts. The list of his clients included professional footballers and golfers, the newspaper said.

In recent emails sent to his clients who were becoming concerned about their investments, Lewis reportedly said that his company, JL Trading, was having a “stressful time” releasing the money to the clients due to US red tape.

However, in a more recent email, Lewis admitted his company had stopped operating in 2009 after suffering heavy losses in foreign exchange deals.

US Justice Dept. Continues Probe Into Fraud Case Involving JPMorgan Chase
“It is now clear that the business will not be able to recover its losses and must cease trading. This means that, contrary to what was reported to you previously, you cannot expect any payments in the future,” Lewis was quoted as saying by the newspaper in an email to his clients two weeks ago.

According to The Telegraph, certain individual clients of Lewis have invested over 3 million pounds (almost $4.7 million).

One of the fraud's victims, an investment broker, filed a court case calling for Lewis’ assets to be frozen worldwide, as well as urging other investors to take joint action.

Police are currently investigating Lewis, who was unavailable for comments and was not responding to emails and phone calls, the newspaper said.