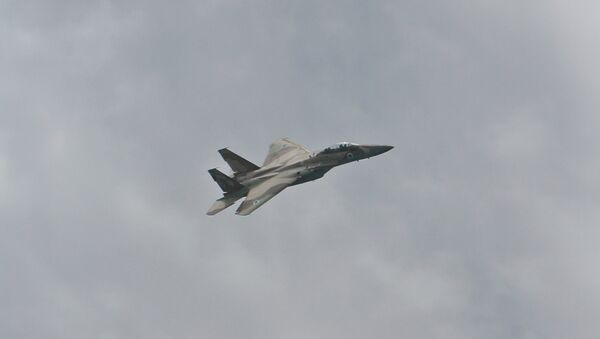 Israeli military aircraft have bombed a Hamas site in Gaza in response to a rocket, fired earlier.

The attack was carried out on a Hamas infrastructure site in response to a rocket, fired from Gaza several hours earlier, a statement from the Israeli defense reads.

Israel launches air strikes on Gaza targets, the first since an August truce, in response to a rocket attack http://t.co/gRvD1Gd9Ei

No casualties were reported as a result of the attack.

Israel and Palestine agreed on an open-ended ceasefire, brokered by the Egyptian government, on August 26.

The truce followed an escalation in the Israeli-Palestinian conflict, which happened in June after Israel laid the blame for the death of three Israeli schoolboys on Hamas, a radical Palestinian Islamic organization and the de facto authority in Gaza. In response, Israel launched its operation "Protective Edge." Over 50 days of hostilities, 2,100 Palestinians and 73 Israelis lost their lives.