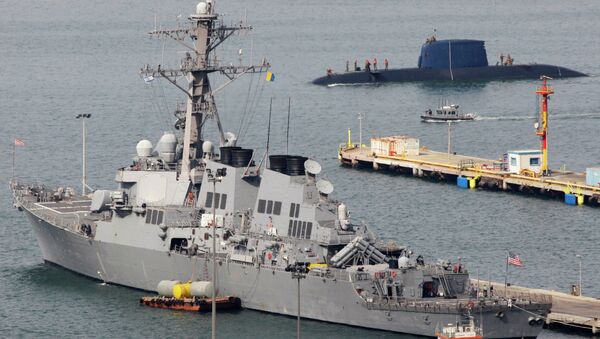 Germany will spend up to 115 million euro ($143 million) on the construction of warships for Israel, according to media.

According to the letter, the Defense Ministry requires the funding to create "defense systems" for Israel.

The newspaper said Israel is going to construct four warships worth 1 billion euros at the ThyssenKrupp Marine shipbuilding plant in the northern German city of Kiel, in order to secure the “economic zone in the Mediterranean.”

Germany has long provided Israel with military equipment. In September, Germany sent an advanced Dolphin-Class submarine to Israel as well as detonators worth 900,000 euros, according to the Spiegel.

The military equipment deliveries to the conflict areas have been long debated by the German lawmakers, with some arguing that aiding Israel does not contribute to the conflict settlement in the Middle East.

There has been no approval from Germany Vice Chancellor and Economy Minister Sigmar Gabriel for military equipment exports since July 8. However, this can be explained by a lack of requests from Israel, rather than by a shift in the policies, Spiegel said citing the German Economy Ministry.