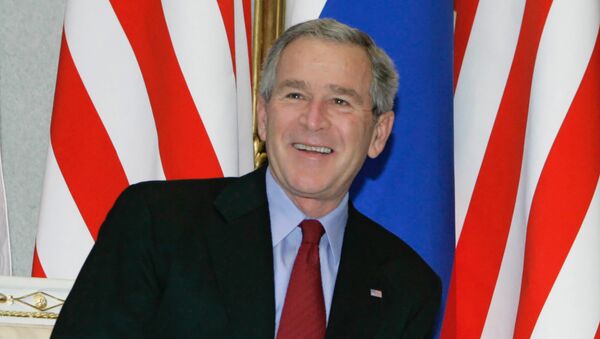 Amnesty International’s US director demands justice over officials responsible for torturing detainees. Among them is former President George W. Bush who reportedly granted the CIA’s request to use waterboarding and other "enhanced" interrogation techniques.

CIA Torture Methods ‘Far Worse’ Than Presented to Policy Makers: US Senate
NEW YORK, December 9 (Sputnik) — Former US President George W. Bush should be investigated for his role in the CIA torture program, Amnesty International’s US director Steven Hawkins said in a statement released Tuesday in light of the publication of a US Senate Committee report on the CIA's torture practices.

“Former President George W. Bush should have been investigated long ago for his role in authorizing this program, including his assertion since leaving office that he personally granted the CIA’s request to use waterboarding and other ‘enhanced interrogation techniques’ against particular detainees,” Hawkins said in the statement.

The Amnesty International's executive stressed that no person, "however high the office they may have held, is above the rule of law.”

Obama Vows Torture Methods Not to Be Used After CIA Torture Report Release
On Tuesday, the US Senate Intelligence Committee released a 500-page summary of a detailed investigation into the CIA's interrogation techniques that were used on alleged al-Qaeda agents in the wake of the 9/11 attacks on New York City and Washington.

US foreign missions and military bases around the world have seen increased security ahead of the report's release amid fears that evidence of the CIA using torture may incite revenge attacks against the United States.

“Today’s release once again makes crystal clear that the US government used torture. Torture is a crime and those responsible for crimes must be brought to justice,” Hawkins said.

The report has reignited a debate in Washington over what constitutes torture, and whether those working in the administration of former President George W. Bush were defending the United States from terrorism or violating international law.