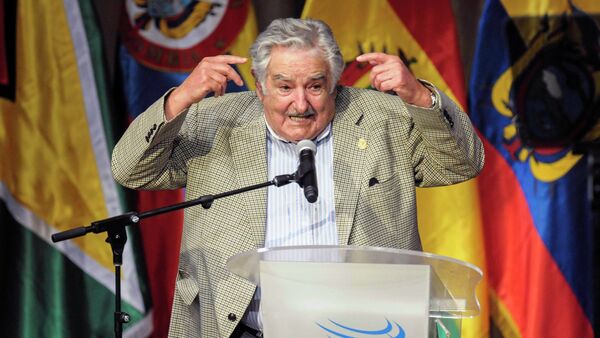 "If you want to change something, you cannot keep on doing one and the same thing; this is why we are trying to take a different path in Uruguay," Mujica stated Sunday while addressing the International Book Fair in Guadalajara, Mexico.

According to Mujica, Mexico is not to blame for the difficult situation it faces with drug trafficking, explaining that Mexico’s only fault is that it is located near a huge drug market, CNN Mexico reported citing Mujica.

Mujica called for a public discussion on the possibility of legalizing drugs, reasoning that the debate itself is as important as any decision on the subject of declassifying prohibited substances.

Uruguay legalized cannabis at the end of 2013. The new law stipulates that Uruguayans can grow their own cannabis in limited amounts, as well as permitting them to purchase the substance in drugstores (up to 40 grams per month, conditional to a special card being presented).