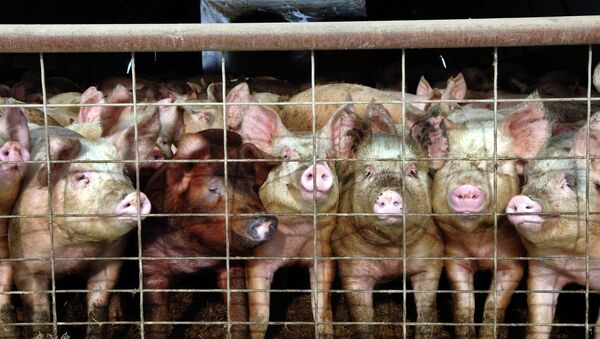 South Korea has confirmed a new case of foot-and-mouth disease at a pig farm, five months after an outbreak in another province, the agriculture ministry said in a statement on Thursday.

The suspected case of the animal disease, affecting cloven-hoofed animals, to include cows and sheep was also reported at the farm in Jincheon, North Chuncheong Province back in August, according to the Ministry of Agriculture, Food and Rural Affairs.

Although it has the possibility to become an epidemic, the ministry was hopeful that the disease will not spread, as the farms are currently required to vaccinate their cows and pigs against Type O FMD found at the farm in Jincheon.

The minister further said there were 15,884 hogs at the affected farm and those that showed symptoms of the disease would be slaughtered, reports Reuters.

Livestock disease problems are one of the big factors behind the rise in South Korean pork imports, mainly from the United States and Germany. According to South Korean customs data, imports rose 17.6 percent to 295,485 tons in the first 10 months of this year from the same period last year.

In total about 30 pigs are showing symptoms of FMD at the Jincheon farm. They, along with the rest of the livestock, about 15,800 pigs are subjected to quarantine at the moment, reports the Korean Herald.

The ministry also said the animal disease does not affect humans, and the virus is easily destroyed when exposed to moderate heat of over 50 degrees Celsius.