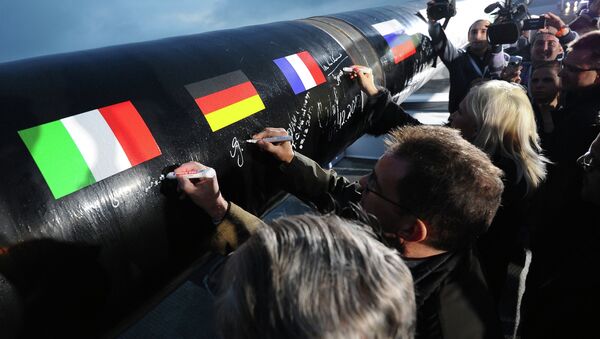 "The decision that was made was, in my opinion, a final one, and we are studying another route for our pipeline," he said after the president's annual state-of-the-nation address to the Federal Assembly when asked whether Russia may review its decision.

Putin:Russia Cannot Continue South Stream Construction in Current Situation
On December 1, Russian President Vladimir Putin announced that Russia was unable to continue with the South Stream gas pipeline project under the current conditions. The president cited the European Commission's position on the project and Bulgaria's failure to grant permission to proceed with the pipeline's construction as the major reasons behind the decision.

Europe May Face 'Disaster' Due to South Stream Cancellation: Czech Company
The construction of the South Stream was announced in 2012. The pipeline's offshore section was designed to go under the Black Sea, while its onshore stretch was to cross Bulgaria, Serbia, Hungary and Slovenia. South Stream was expected to be fully operational by 2018.