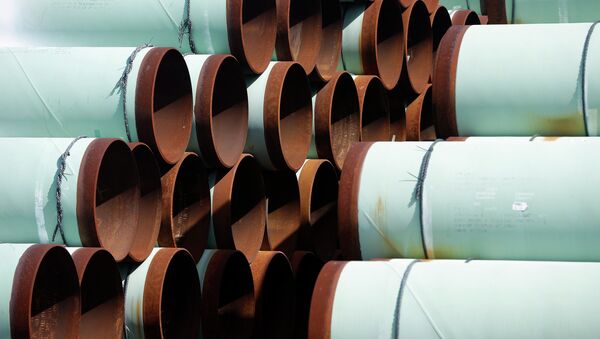 © AP Photo / Danny Johnston
Subscribe
International
India
Africa
Iran has confirmed its barter agreement with Russia on the supply of Iranian oil in exchange for Russian goods and equipment.

MOSCOW, December 3 (Sputnik) — Iranian authorities on Wednesday confirmed that they had agreed with Moscow to barter oil in exchange for Russian goods, starting with grain.

"Deliveries under the agreement will begin with grain supplies," a spokesperson for Iranian Trade Minister Mohammedarez Nematzade told Sputnik.

Russian Economic Development Minister Alexei Ulyukaev confirmed in late November that Russia was preparing first shipments of grain and manufactured goods to Iran, though he refused to disclose the exact date of the upcoming swap.

Nematzade's press service said they had not been informed by the Russian development minister about when the deal might actually take effect or what the volumes would be.

Reports about barter negotiations between Russia and Iran transpired in January, when Reuters cited its sources close to the talks, saying that Moscow was considering to buy up to 500,000 barrels of Iranian oil a day in exchange for its goods and equipment. It estimated the deal at roughly $20 billion.

In early September, Russian energy chief Alexander Novak refuted the claims of being in barter talks with Tehran, but hinted at an opportunity to do so. Andrei Gormakh, first deputy CEO of Russia's state-run grain trader United Grain Company, said later the company could supply the Islamic republic with 2.1 million tons of Russian grain annually.