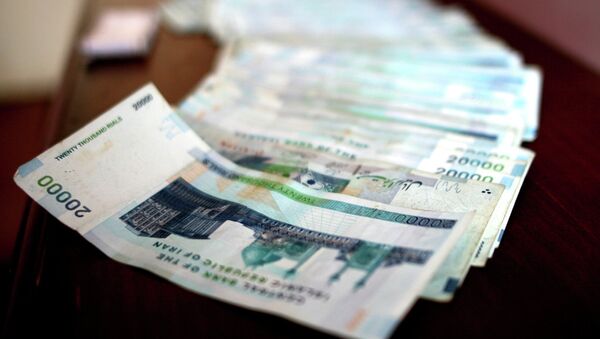 Russia and Iran should develop a way to use their own currencies in mutual trade, Russian minister of economic development said.

The minister also noted that the Ministry of Economic Development supports the idea of mutual payments in national currencies, but the time frames have not been discussed yet.

Ulyukaev emphasized that different dynamics of the currencies' exchange rate and the necessity of close relations between the central banks of both states are the main difficulties that the countries may face.

The main benefits of the mutual payments in national currencies are the absence of charge for the currencies conversion, direct payments and higher transparency in relations between the banks.

Moreover, Russia and Iran have agreed to increase bilateral trade and enhance cooperation in sharing information on promising investment projects. It has also been decided to start communication between the chambers of commerce of the two countries on economic potential and current legislation.

The memorandum will expire in one year.

Russia, Turkey Agree to Boost Payments in National Currencies
"We could be moving forward with export of our non-primary goods [to Iran], which is very important and interesting: agricultural machinery, cars, planes, railway cars, trains, machinery, electrical generators, oil and gas equipment, etc.," he told journalists.

Ulyukaev added that during the talks with Iranian colleagues they discussed measures aimed at increasing goods turnover between the countries. He also underscored that there are several planned projects in agriculture, and in logistics. Ulyukaev said that it is possible to use additional transit routes to deliver goods between the countries to complement the existing sea route. He explained that the rail shipping operations are also possible via Azerbaijan, or via Turkmenistan.

"Every transits and transport corridors create opportunities, this is why we are speaking about Azerbaijan now, transit via Turkmenistan is also possible," the minister added.

Russia to Begin Deliveries of Grain, Manufactured Products to Iran

Russia is planning to start deliveries of grain and manufactured products to Iran, the Russian Economic Development Minister said Sunday.

"This issue has been discussed. We are working on it, but there are many technical elements to it concerning the list of goods. Every country has its own approach to logistics, delivery process, insurance, etc. We hope we will finalize the details soon," Alexey Ulyukaev told journalists.

"It is not only about grain. There other lists of products. They are under discussion," he added.

Earlier in November, Iranian Ambassador to Russia Mehdi Sanaei said that Tehran was aiming to deepen its ties with Moscow, noting that the expansion of economic cooperation between the two countries would contribute to the development of bilateral relations.

In September, Andrei Gormakh, first deputy CEO of Russia's state-controlled grain trader United Grain Company, said that Russia and Iran discussed a deal for the supply of grain in exchange for oil, adding that the company could supply the Islamic republic with 2.1 million tons of grain annually.

The same month, Russian Energy Minister Alexander Novak said that Russia was not in negotiations concerning "oil-for-goods" supplies from Iran, but noted that such a deal was possible.