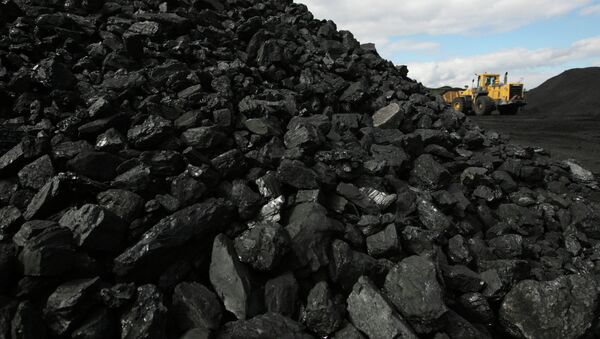 © Sputnik / Alexander Kryazhev
Subscribe
A ship carrying 40 tons of coal from Russia will leave from the North Korean port of Rajin for Pohang, South Korea, on November 28.

MOSCOW, November 24 (Sputnik) – A joint team of Russian and South Korean experts have departed from Vladivostok to the North Korean port of Rajin to oversee a pilot shipment of Russian coal from the Democratic People's Republic of Korea (DPRK) to South Korea, according to a press release issued by Russian Railways.

“The inspection team from our side entered North Korea at around 10 a.m. after crossing the North Korea-Russian border as scheduled,” an unnamed official told Yonhap news agency on condition of anonymity.

The ship carrying 40 tons of coal will leave for the South Korean port of Pohang on November 28, according to the Russian Railways’ press release. The coal was transported to Rajin via a railway route from Russia's border city of Khasan, reopened after renovation in 2013.

Lavrov: Russia Supports Resumptions of Talks on N Korea's Nuclear Program
The joint project was initially discussed in November 2013, during a meeting between Russian President Vladimir Putin and his South Korean counterpart Park Geun-hye, according to Yonhap. The project is expected to help Seoul and Pyongyang boost cooperation between the two nations, who, technically, are still at war with each other.

Moreover, it is at the center of the so-called Eurasia Initiative, launched by Park Geun-hye, according to the South Korean daily the Chosun Ilbo. The ambitious initiative, covering economic, diplomatic and security measures, aims at connecting the Far East with Europe through Central Asia and Russia, according to the South Korean National Unification Advisory Council.

If the trial run goes well, the deal between the three countries can be signed as early as 2014. It will be a breakthrough considering existing economic sanctions, known as the May 24th measures, imposed on Pyongyang by South Korea. Seoul severely limited economic cooperation with Pyongyang in 2010, after a South Korean warship was attacked, leaving 36 South Korean sailors dead.