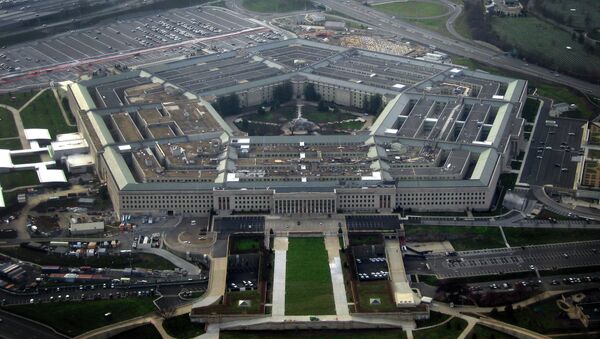 The US Department of Defense has announced that the United States has delivered three of the promised 20 counter-mortar radar systems to Ukraine.

WASHINGTON, November 22 (Sputnik) – The United States has delivered three of the promised 20 counter-mortar radar systems to Ukraine, the US Department of Defense has said.

According to the statement, 17 more systems "will be delivered during the next several weeks and US military members will begin training Ukrainian armed forces in mid-December".

"The radar systems see incoming mortar fire and quickly calculate the point of origin of a mortar round fired by the enemy," the US Department of Defense explained in the Friday statement, adding that it will be up to the Ukrainian military to determine "how, where and when" they will employ the systems.

The counter-mortar radar systems are part of non-lethal military aid and training the United States has promised to Kiev.

Earlier on Friday, US Senator John McCain told Sputnik that the newly-elected US Congress will pass resolutions and apply pressure on US President Barack Obama to provide Ukraine with lethal military assistance.

On Thursday Russian Foreign Ministry spokesman Alexander Lukashevich said that if the United States decides to supply lethal weapons to Ukraine, it would be a direct violation of the Geneva Agreements.

During his September visit to the United States, Ukrainian President Petro Poroshenko requested lethal military assistance from the Obama administration. The White House has so far refused to grant it.

In mid-April Kiev authorities launched a military operation against independence supporters in eastern Ukraine. The offensive triggered a humanitarian crisis in the affected areas, prompting Russia to send in several humanitarian convoys with food, fuel and medicine to the Donetsk and Luhansk regions.