Swiss to Continue Cooperation with Russia in All Areas Except Military 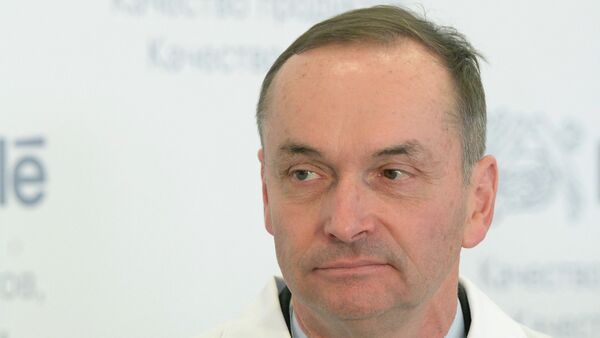 Swiss Ambassador to Russia Pierre Helg said that Switzerland will cooperate with Russia in all spheres excluding suspended military partnership.

MOSCOW, November 21 (Sputnik) — Swiss Ambassador to Russia Pierre Helg said Friday that cooperation between the two countries will continue in many spheres, noting, however, that military partnership has been suspended over the Ukrainian crisis.

Russian-Swiss dialogue has always been distinguished by constructive spirit and trust and cooperation between the two countries will continue in the fields of finance, energy, transport and science, the diplomat said.

However, Switzerland cannot deliver items for military use either to Ukraine or to Russia, as Bern follows international rules of neutrality and therefore cooperation in this direction has been halted, Helg added.

In addition to that, Bern has temporarily halted the training of Russian troops in the mountainous areas of Switzerland, according to the envoy.

The ambassador stressed that Switzerland did not join the sanctions policy against Russia but only took measures to protect its own market.

Moscow's relations with the West deteriorated significantly over Russia's alleged involvement in the Ukrainian crisis.

The United states, the European Union and their allies introduced an initial round of sanctions after they refused to recognize the legitimacy of Crimea's reunification with Russia in March.

As the Ukrainian crisis escalated, the United States pressed for its Western allies to follow its lead. Switzerland, Canada, Australia and Japan caved in to the US sanctions push and drew up their own blacklists.

Several rounds of anti-Russian sanctions have been imposed so far.

Moscow has repeatedly warned that sanctions will have a boomerang effect, and will negatively affect the economies of the countries imposing them and has introduced protective measures banning the import of agricultural and food products from of the some countries that imposed sanctions. Switzerland was not part of those restrictions.