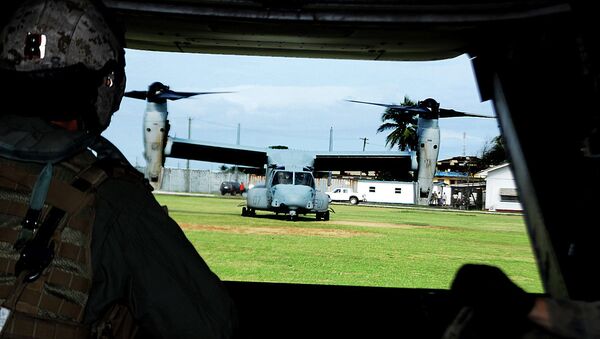 © Flickr / US Army Africa
Subscribe
Pentagon Press Secretary John Kirby has announced that US Operation United Assistance to prevent the spread of the Ebola virus in West Africa can be extended beyond six months.

WASHINGTON, November 21 (Sputnik) – The US Operation United Assistance to prevent the spread of the Ebola virus in West Africa can be extended beyond its six month original estimate, Pentagon Press Secretary John Kirby has announced.

"We have to be prepared for this to go longer than six months," Kirby said in a statement released Thursday, adding that "the call-up of more than 2,000 reserves and guard" has been authorized.

According to the US Defense Department, over 2,500 US military personnel are currently deployed in West Africa as a part of Operation United Assistance, which is aimed at providing logistical support and building treatment units in the Ebola-affected countries.

According to the latest WHO estimate, the Ebola virus outbreak has claimed 5,420 lives, and 15,145 cases of confirmed, probable and suspected infection have been registered.

The virus is spread through direct contact with the bodily fluids of those infected. There is no officially approved medication for Ebola, but several countries, including Russia, are developing trial vaccines.