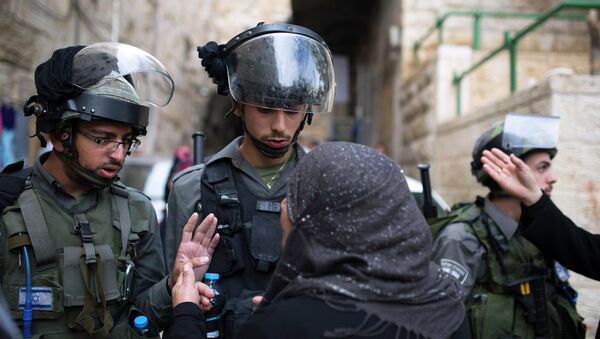 A UN official says that the recent events in East Jerusalem show growing tensions in the area, citing new attacks on the Temple Mount in Jerusalem from the both sides.

“Since October 21, a total of 82 structures, of which 47 are residential, were demolished in the West Bank, displacing 169 Palestinians including 80 children,” the Assistant Secretary-General for Political Affairs said during a briefing on the Middle East.

Toyberg-Frandzen said there was evidence of mounting tension between Israel and Palestine, citing new attacks on the Temple Mount in Jerusalem from the both sides.

“Shooting of a prominent campaigner for Jewish prayer rights on the Temple Mount on October 29 was followed by the brutal attack on November 5 at a light rail station in East Jerusalem in which two Israelis were killed,” the official said.

“On the Palestinian side, clashes at the Temple Mount between Palestinian youth and Israeli security forces have resulted in multiple injuries, a number of them serious,” Toyberg-Frandzen added.

According to Toyberg-Frandzen, the UN Secretary-General Ban Ki-moon expressed “deep concern about the upsurge in violence” and called on the sides to contribute to easing tensions.

The recent clashes between Arabs and Jews in the area were due to Israel’s alleged plan to change the status quo on the Temple Mount in its favor. The Israeli authorities have repeatedly denied they have such intention, assuring that the status-quo at the holy sites would be maintained. The status quo implies that the Temple Mount compound is managed by the Islamic trust, as it has been for centuries, and the Jews are forbidden to pray at the site.

On Thursday, Israel, Jordan and the Palestinian Authority agreed to take practical steps to reduce tensions over the Temple Mount in East Jerusalem, a site holy both to Arabs and Jews.