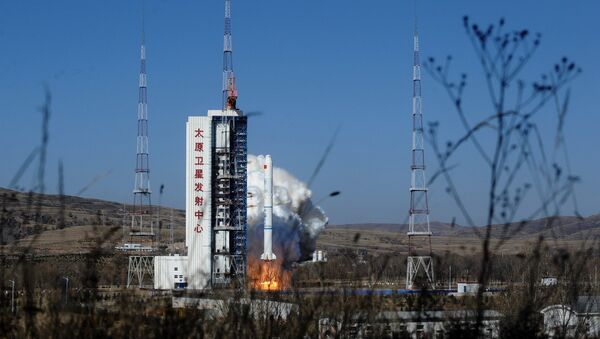 Beijing promises to abide by international space law despite introducing its own corresponding legislation.

MOSCOW, November 17 (Sputnik) — Beijing is in the process of formulating its Space Law set to be introduced in 2020 while currently complying with international laws, the China National Space Administration (CNSA) said Monday.

"National space law has been listed in the national legislation plan, and the CNSA is drafting the law," Tian Yulong, CNSA secretary-general was quoted as saying by Xinhua news agency while speaking at the 2014 Workshop on Space Law in Beijing.

The director of CNSA, Xu Dazhe, added that China had already made policies and regulations for the administration of a civil space program, as quoted by the news agency.

The CNSA added that despite having its own space law by 2020, China will always abide by international space law.

The Workshop will run from November 17 to November 21, co-organized by the United Nations Office for Outer Space Affairs (UN-OOSA) and attended by experts from over 30 countries and international organizations.

According to UN-OOSA, the workshop is aimed at creating policy and regulatory frameworks for the international and regional cooperation for the peaceful use of outer space.

China has recently shown an increased number of initiatives in its military-controlled space activities. Last week, the China Aerospace Science and Technology Corporation announced that the country planned to launch about 120 applied satellites. While in early November, China's maiden lunar orbiter successfully flew around the far side of the moon and landed back on Earth safely.

The country aims to operate its own permanent space station by 2020, according to the CNSA.