Don Corleone’s Mansion up for Sale 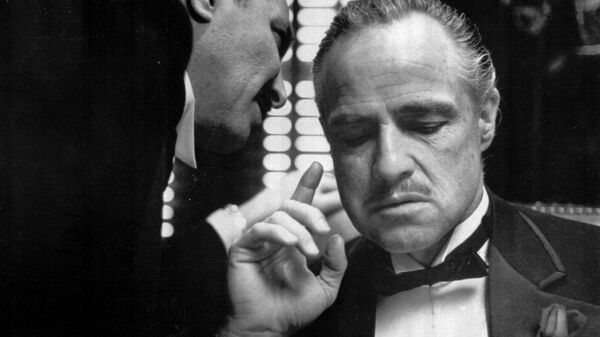 © AP Photo
Subscribe
A house which starred in the Godfather is on sale in New York for $3 mln.

MOSCOW, November 14 (Sputnik) — The New York mansion featured in the Godfather movies as the Corleone family home is up for sale, with an asking price of $2,895,000.

Estate agent Joseph R. Profaci told Staten Island Live, "The current owners have done an amazing job renovating the home, including a first-floor office they remodeled to try to make look like the office in the Godfather movie."

The mansion was chosen as the exterior for the film after actor and Staten Islander Gianni Russo, who starred as Carlo Rizzi in the first Godfather film, recommended it to producers and location scouts. Russo told the New York Post, “We went, and (producer Al Ruddy) fell in love with it.”

Staten Island Live relates that in 1971 the crew descended on Longfellow Avenue, Staten Island, and transformed five of the street’s houses into the Corleone family compound. 110 Longfellow Avenue, the property currently on the market, served as the exterior of Corleone’s residence, where Don’s daughter Connie got married, and the Godfather himself died in the back yard.

Director Francis Ford Coppola ordered the house to be surrounded with a fake brick wall and wrought iron gate in order to make the complex suitably imposing, and the street outside it was depicted as the approach to the sprawling mansion.

“The kitchen is to die for,” estate agent Profaci told Staten Island Live, “It has anything you would want for entertaining – big open space, a huge island, and a very large eating area that opens up to the yard and pool.

“My favorite feature of the house is a door on the first floor by the dining room that looks like an old, wood 'speak easy' door that leads down to the basement where there is a pub and a game room, which really is the ultimate man cave. It has a big, beautiful stone fireplace in it.”

The New York Post reports that the mansion was built in 1930 for Joseph Palma and his family of 11 children, and who later became Staten Island’s borough president in 1933. The next owner was the Norton family, and the house remained in their ownership until they sold it in 2010.