Lavrov to Meet With Kerry at APEC Summit: Foreign Ministry 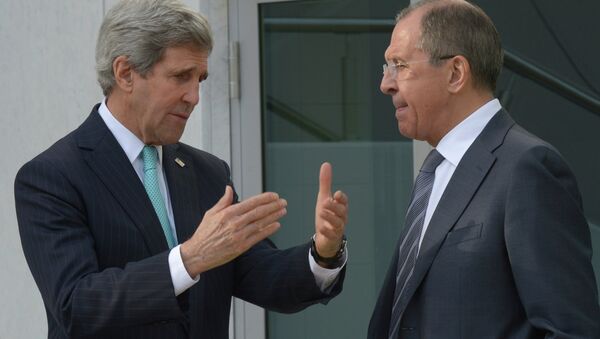 As the Ukrainian crisis escalated, and the deadline to reach the agreement on Iranian nuclear issue drew closer, the meetings between Lavrov and Kerry have become regular and happen nearly every month. Three weeks ago, Lavrov and Kerry met in Paris, and in September they held talks in the framework of UN General Assembly.

The Iranian nuclear issue could become one of the topics Lavrov and Kerry will discuss on Saturday, ahead of the upcoming P5+1 group talks with Tehran scheduled to take place on November 11 in Oman.

Relations between Russia and the US have been strained in light of the ongoing crisis in Ukraine. Washington kept blaming Moscow for meddling in Ukraine’s internal affairs, while Russia repeatedly denied any involvement in the Ukrainian conflict.

Over the past few months, the US has introduced several rounds of economic sanctions against Russia, and persuaded its allies to add Russian companies and individuals to their own blacklists. However, Russia and the United States are still cooperating on a number of issues, including Iran, Syria and space industry.