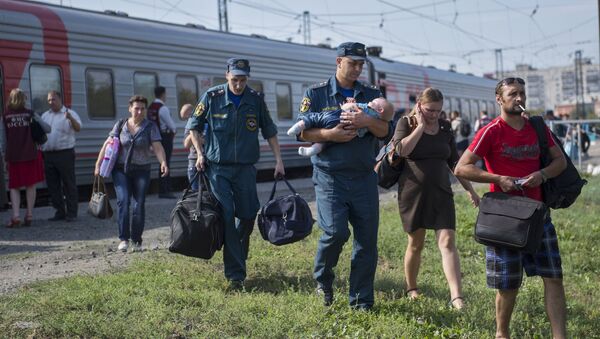 Russia has approved a bill allocating 1,466 million rubles (almost $34 million) for social and medical assistance to Ukrainian refugees in Russia.

“The bill to allocate medical assistance to Ukrainian nationals forced to leave their country… grants an amount of 1,466 million rubles in 2014 from the national budget [to regional budgets], for measures to grant temporary social assistance to the people forced to leave Ukraine, located in temporary settlements [in Russia],” the government said in an statement published on its official website.

The bill approves the allocation of the funds from the country’s national budget to compensate regional expenses, as well as to institutions supervised by the Federal Medical-Biological Agency (FMBA).

In April, Ukrainian authorities launched a military operation in the country's southeast, where independence supporters refused to accept the new government put in power following a coup in February.

As of today, some 225,000 Ukrainian citizens have applied for asylum in Russia. According to Russia's Federal Migration Service, the total number of Ukrainian nationals in Russia stands at 2.6 million.