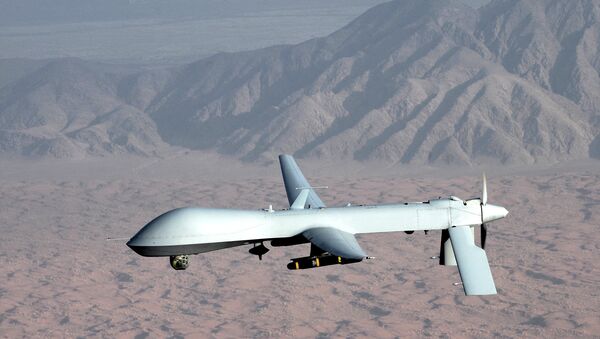 © Wikipedia
Subscribe
A US drone strike kills at least four militants in the village of Nargas, the Azam Warsak district of Pakistan.

“Up to four missiles were fired targeting a militant compound, killing four rebels”, said a senior security official on condition of anonymity, as quoted by AFP. “We are currently ascertaining their nationalities”.

The attack took place in the early hours of Thursday in the village of Nargas in the Azam Warsak district, in South Waziristan.
South Waziristan, the region bordering Afghanistan, has long been considered a stronghold for Taliban militants. There are six other lawless tribal districts in the country, AFP said.

Since 2009, Taliban militants have carried out regular attacks on provincial government officials, police and civilians as part of their fight against the US and NATO troops.

In June, the Pakistani troops launched a major offensive in North Waziristan after the militants conducted a dramatic attack on Karachi airport, killing dozens of people. The military campaign against the Taliban fighters has so far killed more than 1,000 militants, AFP reported.