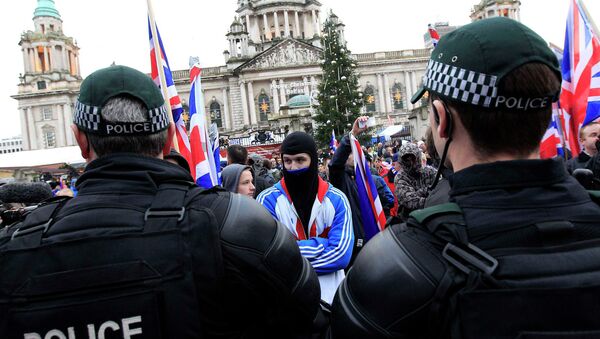 According to Director of the Institute of Irish Studies at Queen's University Belfast, the Northern Ireland peace talks mediated by US Envoy and Senator Gary Hart will not be successful, despite considerable pressure from the United States, United Kingdom and Irish Governments.

"I am not optimistic… but they are coming under considerable pressure from three governments of three countries", Bryan said after being questioned by a RIA Novosti correspondent about the prospects of securing progress in the peace process.

"One obvious problem is that more issues seem to be added in by the week," Bryan added.

"The budget debate now seems to be part of the agenda. It is like playing a game of cards with people adding new decks," he stated.

There has been growing speculation about the state of the peace process in recent months with Sinn Fein, the Irish party most closely associated with the now disbanded Irish Republican Army (IRA), warning of a political crisis that could result in the unraveling of the entire peace agreement.

"There is a sense of growing crisis in the political process here… There is a clear need for all political parties, including the Democratic Unionist Party [the main pro-UK political group] to fully engage in talks on the implementation of the Good Friday [peace] agreement and a wide range of other outstanding issues including flags, parading and the legacy of the past," Jennifer McCann, a Sinn Fein junior Minister in the power-sharing Executive at the Northern Ireland Assembly said in a statement on Monday.

Bryan told RIA Novosti that agreement was close on the contentious issues of parades, often the cause of civil unrest and violence, and dealing with so-called "legacy cases", incidents and events that occurred during the 35-year-long "troubles", which claimed more than 3,500 lives and left 47,500 people wounded.

However, the expert warned outstanding issues such as the public displaying of national symbols, particularly flags, would prove difficult to resolve.

"The flags issue is more of a problem. But they might not agree to bits of it. And, how will it look if huge budget cuts are announced when they also agree on half a dozen new expensive commissions to deal with parades and the past," Bryan said.

Efforts last year by the previous US Special Envoy to Northern Ireland peace talks Dr. Richard Haass ended in failure after discussions between the two main Nationalist and Unionist sides broke down.

Haass previously warned that without further progress in the peace process the province could see a return to conflict.