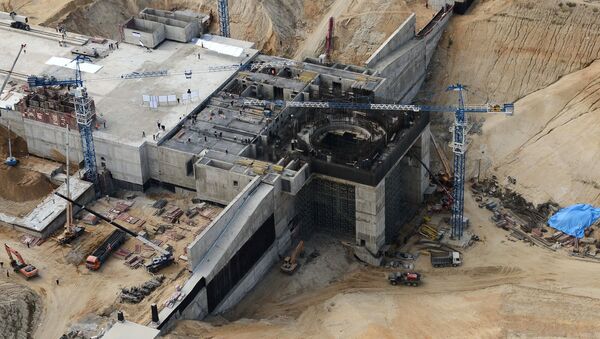 The most secure and environmentally friendly technology is used at the Vostochny Cosmodrome, according to representative of the Federal Medical-Biophysical Center named after Burnazyan of the Russian Federal Medical-Biological Agency Aleksander Alekhnovich.

KHABAROVSK, October 28 (RIA Novosti) — Fuel that is supposed to be used for rocket launch at the Vostochny Cosmodrome in the Russian Trans-Amur Territory is safe for environment, the government of the Amur Region said on its official website Tuesday.

"Taking into account the experience gained while working at the Baikonur cosmodrome, the most secure and environmentally friendly technology is used here," Amur region's website quoted the representative of the Federal Medical-Biophysical Center named after Burnazyan of the Russian Federal Medical-Biological Agency Aleksander Alekhnovich as saying Tuesday.

A scientific conference dedicated to the biomedical and environmental problems of rocket and space activities is being held Tuesday in Blagoveshchensk, Russia. It was organized by the Ministry of Healthcare of the Russian Federation, the Amur State Medical Academy, the Federal Medical-Biological Agency of Russia and the regional branch of the Russian Academy of Cosmonautics.

It was previously reported that the cosmodrome was supposed to be built near Uglegorsk in the Amur region. The first rocket launch is scheduled for 2015, and the first manned launch for 2018.

Last year, public hearings questioning the environmental safety of the new cosmodrome were held in Blagoveshchensk.